You don’t become one of New Zealand’s leading health and safety minds overnight. It took Aston Moss nearly four decades in a range of different roles to build his stellar safety reputation.

Now General Manager of Human Resources at retail giant, Briscoe Group, Aston is always learning more – about safety, technology and the people he works with. That passion for lifelong learning and the ability to listen to the people around him has driven him throughout his career, giving him the deep insight he uses in his current role.

Talking about leadership, technology, and the benefits of health and safety with a leading New Zealand expert, Aston Moss.

ecoPortal sat down with Aston for a wide-ranging chat about his life, his experience, and his thoughts about the health and safety world.

Turning an after-school gig into an outstanding career

Aston started his work life, as many do, working in a supermarket after school. But unlike most casual checkout operators, he stayed for sixteen years, working in a range of roles and ultimately ending up as head of HR.

Aston started working for Woolworths as a part-time, teen-aged checkout operator in the 80s, and stayed on while completing a degree – and eventually, a Masters. He worked his way up through various roles in the organisation, and eventually joined their management training scheme. He credits his success at Woolworths to the people around him, particularly one manager who saw something special in him and helped to draw out his talents.

“He’s been my mentor for 30 years now. He’s always there if I need to ask a question or seek wise counsel. He helped nurture me personally and professionally.”

The support and guidance were invaluable in building Aston’s career. Other managers and co-workers also helped him find his direction and move forward in the company. When he left in the early 2000s, he was Head of HR for the entire company – quite a step up from the teenage checkout operator.

Balancing the professional and personal

After leaving Woolworths, Aston worked for SkyCity, then moved across the ditch and – funnily enough – took on a role with Woolworths Australia. When they merged with Progressive Enterprises, Aston moved back to become GM of HR.

Later, Aston ventured to a completely different industry – tertiary education – working as Head of Health and Safety at MIT. Roles with Fonterra and NZ Post followed, before his current position as GM of Health and Safety at Briscoe Group. The business, which runs well-known Kiwi retail stores including Briscoes, Living and Giving, and Rebel Sport, has around 2000 employees, with outlets all over the country.

Aston’s personal life keeps him busy as well. He’s a dad of three, a photographer, marriage celebrant, and Justice of the Peace. He believes it’s important to have a creative outlet outside work and explains that as a marriage celebrant and JP, he  can use his people-skills to assist the community that has afforded him so much.

“Being a marriage celebrant and JP is about giving back to the community and leveraging my strengths to help others outside of work.”

Getting leadership on the health and safety train

Aston has spent 40 years becoming one of New Zealand’s top health and safety practitioners, gaining a wealth of valuable knowledge and insights along the way. For him, health and safety are personal – they’re about getting people’s mothers and fathers, sons and daughters, partners and friends home safely every night. Aston believes that health and safety are moral imperatives as well as legal requirements and maintaining a safe workplace has benefits beyond compliance and legal obligations.

For Aston, health and safety needs to start with Senior Leadership. He acknowledges that getting management on board can sometimes be complicated, as they may initially struggle to see the value of considerable health and safety investments.

“In any organisation that is commercial in nature, like ours, you’re always trying to balance things. You can do some things and they might cost, and the costs might not seem proportional or valuable.”

In his roles, Aston has strived to convince leadership teams that there’s more to health and safety than simply ticking legal boxes. Spending money on safety comes back later on – for example, in the form of reduced ACC levies and fewer staff absences due to injury. Although commercial benefits aren’t the chief driver of leadership engagement, they do help senior management understand the value of spending on health and safety improvements.

Aston puts it like this, “Good safety is morally the right thing, legally a good thing, and commercially it can be very beneficial for your organisation as well.”

High health and safety standards are also beneficial in a wider sense. Aston explains that making workplaces safer has follow-on benefits for the whole country. Fewer accidents at work mean fewer ACC claims and less health spending. That money can go towards education, other health spending or positive social programmes, rather than rehabilitation and healthcare. Preventing issues is always better – and cheaper – than dealing with them after the fact.

According to Aston, health and safety are not just about creating effective processes, choosing the right software, and training staff, they’re about making safety an integral part of business culture. At Briscoe Group, that approach has helped him make safety a priority, even with staff spread all over the country.

“Making it personal and part of the culture is more valuable than a compliance or checklist approach,” he explains. “Of course, there is room for some of that, but it’s not going to be successful or outstanding without a culture change.”

Having said that, changing the culture of an organisation is easier said than done. In Aston’s view, it’s not about company-wide communication so much as it’s about smaller conversations. People in the business will understand and learn in different ways, so it’s essential to make it relevant to the individual.

This is where Aston’s gift for communication comes in. As he puts it, the most valuable health and safety tool we have is our mouth – it’s essential to talk about issues at work. If people share knowledge about what’s working well and what’s not, then they can avoid repeated issues and implement safer processes. A big part of his role is spreading safety culture throughout the organisation, whether through those small, personal conversations or in company-wide communication channels.

Unique challenges and new solutions in the retail sector

Although retail isn’t a high-risk industry, it does come with its own set of health and safety challenges. Aston explains that while some sectors – forestry and deep-sea fishing, for example – need to focus on preventing death or serious injury, in retail it’s about preventing or minimising smaller incidents and injuries. These may not be individually serious but can add up to a significant loss of time and money over the years.

At Briscoe Group, traffic management, manual handling of stock, and mental health are the main risk areas. Some are harder to manage than others.

With forklifts and delivery vehicles coming into stores frequently, it’s essential to have well documented safety plans and processes in place. Lifting heavy boxes or large volumes of smaller items can lead to back problems and repetitive stress injuries in the arms and hands. One of Aston’s recent initiatives at Briscoe Group was a scheme to eliminate and minimise manual-handling injuries in the business.

Mental health issues are also a significant – and often overlooked – risk in the retail and hospitality sectors. Customer abuse is sadly common, which can lead to poor mental health outcomes in staff members.

Aston explains that destigmatising mental health is the first step when it comes to reducing risks in this area.

“You’ve got to destigmatise it. If you had a cut or a broken limb, you wouldn’t hesitate to ask for help, so why is it different for mental health?”

He wants staff to feel comfortable and empowered to ask for help when they need it. If an incident happens at work or staff members show signs that they’re struggling, he wants to make it easy for them to get the support they need. To that end, Briscoe Group has an EAP (Employee Assistance Programme) in place to help members of staff access the help they need when they need it. In the retail sector, which has so often ignored customer abuse, staff stress and subsequent mental health problems, this is a huge step forward.

Talking may be a great safety tool – but technology has its place as well. Aston acknowledges that Briscoe Group is a work in progress when it comes to health and safety technology. When he joined the company, things were still “very manual” with paper records and note-taking, Excel spreadsheets for data analysis, and little else.

Although those old manual systems were effective, they were also time consuming. With the help of an integrated health, safety and risk software, ecoPortal, Briscoe Group has been able to make things far more efficient. Because the organisation employs around 2000 people in part-time and full-time roles, any new initiative must be simple and intuitive – there isn’t enough time for hours of training and troubleshooting.

ecoPortal allows the Briscoe Group team to – among other things – manage health and safety incidents far more easily. If an incident or near-miss happens, it can be logged on-site immediately. The management team can then see whether they need to manage the incident, escalate, investigate or simply record and prevent a repeat.

Aston explains that they’re still finding new ways to use ecoPortal in their work.

“The opportunity it provides is enormous, but it’s also not overly complicated, because we’re not a business that goes for complication.”

He also introduced a staff training platform called Axonify, which helps guide staff through health and safety processes with personalised learning pathways. Mini-clips of content are uploaded, and staff members watch, then answer questions to see what they have retained. It’s a powerful way to customise training for thousands of staff members.

Looking to the future of health and safety

After decades in the industry, Aston has a high-level view of health and safety in New Zealand. He’s passionate about the big picture benefits; preventing injuries and deaths, reducing spending on workplace accidents and ACC and putting that money back into the community. He thinks safety standards shouldn’t be used to gain an advantage over the competition, they should be put in place because there’s a moral obligation to staff and to the country.

He advises people considering health and safety as a career to think hard about why they want to get into the industry.

“Does it appeal because of the moral benefits, legal benefits, or because you want to contribute commercially?”

Skills-wise, he believes that health and safety professionals should think broadly and look for the next problem to solve. They need to communicate effectively and investigate issues to get to the crux. They need to be open minded lifelong learners, so they can keep up with changes in the sector.

As someone who benefited from mentorship and guidance early in his career, he’s also passionate about finding great leaders to learn from.

“Who are the leaders you can learn from? They might be the leaders beside you rather than above you. Everyone can be a leader. They may not even be from inside your organisation or from your sector or industry.”

For Aston, the future involves continuing to learn and develop in his role at Briscoe Group. It means mentoring young health and safety professionals as they come up through the business, and finding new ways to give back to the community. As a leader in New Zealand’s health and safety industry, Aston has spent his career getting people home safely – and he’ll continue to do just that in his future roles. 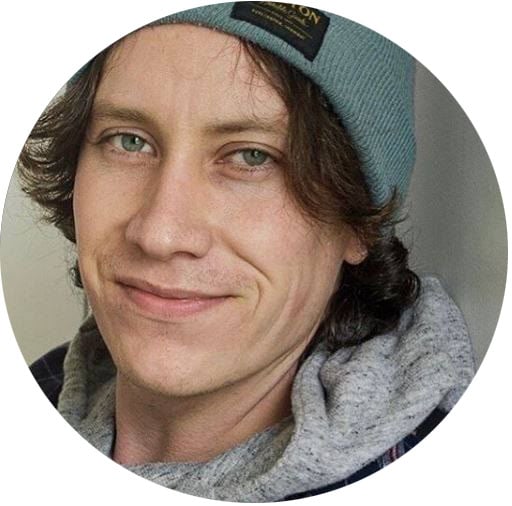 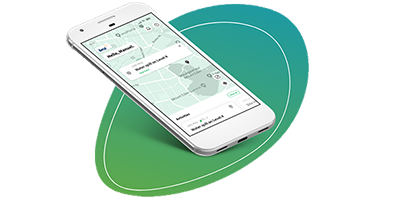